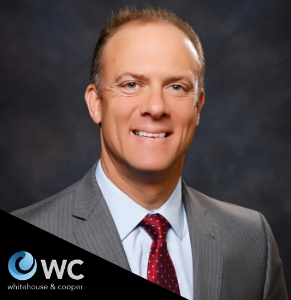 Daniel D. Whitehouse entered the legal profession with more than a decade of experience in the information technology (IT) industry. He has had the privilege of managing the IT infrastructures of some of the world’s largest companies while working for one of the largest international IT service providers. He holds a Bachelor of Science in Computer Science and a Master of Business Administration (MBA), both from Webster University. His unique blend of technology and business experience is an invaluable asset to the clients he represents.

Mr. Whitehouse attended Stetson University College of Law and graduated Co-Valedictorian of his class in 2011. While in law school, he served as Editor in Chief of the Stetson Law Review and received two distinguished Stetson Law Review awards: The Darby Award and The Outstanding New Associate Award. He participated in Stetson Law’s Honors Program and studied interdisciplinary relationships between the law and other convergent areas. Mr. Whitehouse had the privilege of interning for The Honorable Susan C. Bucklew of the United States District Court for the Middle District of Florida. Upon graduation, Mr. Whitehouse received the Walter Mann Award for outstanding leadership, the William F. Blews Pro Bono Service Award, the Leadership Development Certificate, and was included in the Who’s Who Among Students in American Universities and Colleges listing.

Mr. Whitehouse is a member of ACEDS and holds the organization’s CEDS credential. He has also earned a number of IT qualifications from organizations including Microsoft, CompTIA, and CIW.

Mr. Whitehouse is a member of The Florida Bar, the Orange County Bar Association, and the Lake County Bar Association. He participates in numerous sections and committees within these associations and is the current chair of the OCBA Technology Committee. He is admitted to practice in all Florida state courts and the Middle District of Florida.

He currently serves on the board of directors of The South Lake Chamber of Commerce. He previously served on the Executive Committee of the Central Florida Chapter of the Stetson Law Alumni Association, and The Lake County Bar Association.

In addition to spending time with his wife and two daughters, Mr. Whitehouse enjoys endurance training (running and triathlon), fishing, and golfing.