Within the last month, Virginia and Montana became the 18th and 19th states – all since 2013 – to pass legislation that makes it illegal for an employer to require or request a current or prospective employee’s login information for their personal social media accounts. Similar legislation was proposed in four other states within the last few months, but those proposals were rejected.

Florida considered such legislation in 2013 and 2014, but the bill died in committee. However, Florida State Senator Jeff Clemens introduced a new social media privacy bill late last year that would go into effect on October 1, 2015 if passed. This bill would:

Organizations need to review and update their social media policies and employee handbooks in a way that balances employee privacy with employer privacy and risk. The first step is to understand what types of employee activity are considered protected and unprotected. For example, an employee can complain about their employers, but they can’t incite insubordination or policy violations.

Employers have the right to develop specific social media policies to prevent the release of confidential, proprietary or sensitive data, and guard against defamation, intellectual property infringement, and regulatory compliance violations. Employers can also establish and enforce policies that govern an employee’s personal social media usage while on the clock. Finally, all company accounts should be owned by the company and completely separate from personal employee accounts.

Laws related to social media privacy in Florida and across the country are making their way through the legislative process. These laws could very well change as social media platforms and capabilities change. When you update your social media policies, it’s a good idea to have them reviewed by an attorney who specializes in business, technology and marketing law. This can help you avoid lawsuits and prevent private company information from getting into the wrong hands. 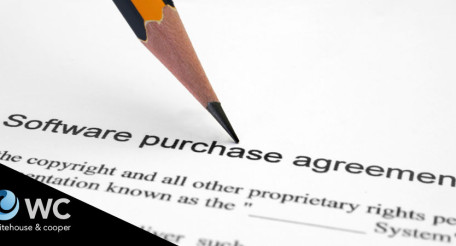 How to Deal with a Software Licensing Audit and Prevent Noncompliance

In a previous post, I discussed how the combination of software-focused IT environments and an inability...