Last month, the U.S. Court of Appeals for the 11th Circuit overturned Florida’s credit surcharge law, which made it illegal to impose a surcharge, or checkout fee, on credit card purchases but permitted merchants to offer a discount for other forms of payment, such as cash or check. The 11th Circuit ruled that the law, which makes this practice a second-degree misdemeanor, violates the First Amendment.

The lawsuit was filed by four businesses that had been charging an additional fee for credit card-paying customers rather than offering a discount for cash-paying customers. The Florida Attorney General, claiming this practice violated the state’s “no surcharge” law, sent these businesses cease-and-desist letters.

Although the dollar amounts being charged were the same, the Florida law recognized that characterizations of a surcharge and a discount, and their impact on customer perceptions of credit cards, were different. In other words, an additional fee could be viewed as a penalty and affect sales. The four businesses that filed the lawsuit argued that the law violated their freedom of speech. The 11th Circuit agreed.

However, this contradicted a Second Circuit ruling, which found that a similar law in New York does not restrict freedom of speech because it only regulates conduct. Appeals in other cases are pending in California and Texas. As a result of the murky waters created by conflicting court rulings related to credit card surcharges, the issue may end up being reviewed by the U.S. Supreme Court. Meanwhile, 11 states have laws on the books that restrict surcharges, and 10 states allow merchants to provide discounts as an incentive for using other forms of payment.

Visa and MasterCard used to prohibit merchants from any activity or offer that would show preference for other forms of payment. In 2011, Visa reached a settlement with the U.S. Department of Justice that allows merchants to promote or prefer other forms of payment in a number of ways. Merchants may offer an immediate discount or rebate, a free or discounted product or service, or other incentive for other forms a payment. They can also promote a particular card brand or payment method and communicate how much it costs the merchant when payment is made by credit card. As of 2013, Visa and MasterCard allow merchants to add a surcharge to certain credit card purchases as long as merchants notify and provide necessary information to the credit card companies and the acquirer. Merchants must also disclose the surcharge as a merchant fee to customers.

All of this brings us to the million-dollar question. Can merchants assess a surcharge on Florida buyers who pay with a credit card? For now, you probably can – unless the legislature acts to rewrite the statute. However, companies should also consider how surcharges impact the customer experience, brand perception, and marketing strategy.

Remember, a merchant’s ability to accept credit cards is governed by a complex interplay of contractual agreements with various financial institutions, card issuers, payment processors and card brands. You also need to account for state and federal laws and regulations. If you are unsure of your rights and responsibilities as a merchant, contact an attorney to ensure that you are meeting all relevant legal and contractual requirements. 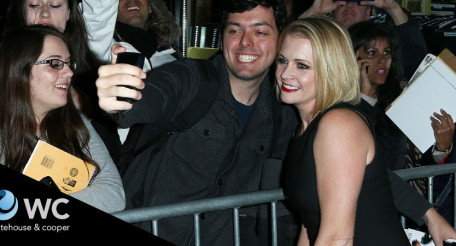 Got a Selfie of You and a Celebrity? Be Careful How You Use It.

The estate of Marilyn Monroe has been embroiled in various legal battles for decades with people...