What You Need to Know to Keep Native Advertising Legit

What You Need to Know to Keep Native Advertising Legit

Native advertising is a relatively new label for a well-established concept. It’s a form of advertising in which the ad is presented in a way that looks, feels and functions like the rest of the content presented to the consumer.

Native advertising originated in the world of print in the form of an advertorial – paid ads dressed up as editorials. Next came the late-night television infomercials – are they TV shows or are they ads?

In 2013, native advertising had its digital coming out party, expanding to formats such as paid search ads and sponsored posts on social media. The ad content has also evolved from blatant self-promotion to offering valuable, relevant information to the target audience.

This is a form of advertising that is on the rise as people become increasingly numb to and leery of a constant barrage of ads each day. In fact, The New York Times rolled out native ads for the first time this year in conjunction with the redesign of its website. Publications such as Forbes and social media powerhouses Facebook, Twitter and Linkedin are also using native advertising. Internet radio giant Pandora has even introduced sponsored playlists.

Of course, native advertising has always presented publishers with an ethical dilemma. Are they misleading their audiences by selling ads that appear to be a part of the experience? Does this practice equate to selling out their audience for the almighty dollar?

For example, The Atlantic recently ran a sponsored web post by the Church of Scientology, a group whose views don’t exactly mesh with the publication’s brand perception. This native ad angered the publication’s audience, drew public criticism and eventually led to an apology from The Atlantic.

Instances such as this have gotten the attention of the Federal Trade Commission (FTC) and other regulators. The National Advertising Division of the Council of Better Business Bureaus recently determined that a native ad in Shape magazine for a water flavor supplement “could mislead or confuse consumers to believe that the recommendation is an independent editorial assessment.” In other words, the publisher didn’t do enough to designate the content as an advertisement.

The FTC recently held a workshop to determine the best approach for setting guidelines and helping advertisers and publishers avoid legal entanglements. While input from that workshop is being evaluated, the FTC has stated that it will enforce existing laws that regulate all forms of advertising.

So after various disputes, controversies and a workshop, what are the actual rules of native advertising?

Native advertising is certainly legal, but you can only push the envelope so far. Those publishers and advertisers who fail to adequately distinguish between content and advertising – at least as the FTC or industry regulators see it – are likely to get into hot water. The following FTC guidelines are relevant to native advertising:

How can you protect yourself?

Because specific regulations for native advertising have not been introduced, publishers, advertisers and even ad agencies should take steps to develop their own standards, guidelines and review processes to stay in the good graces of the FTC and other regulators. Organizations should consider consulting an attorney to develop or review native advertising policies that can minimize the risk of costly disputes. A lawsuit can be expensive, but accusations and perceptions that you misled your customers can be crippling. 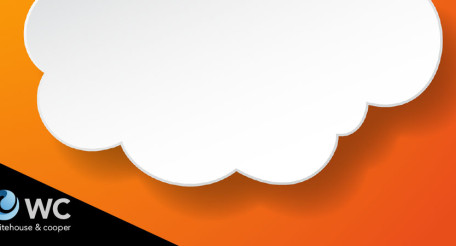